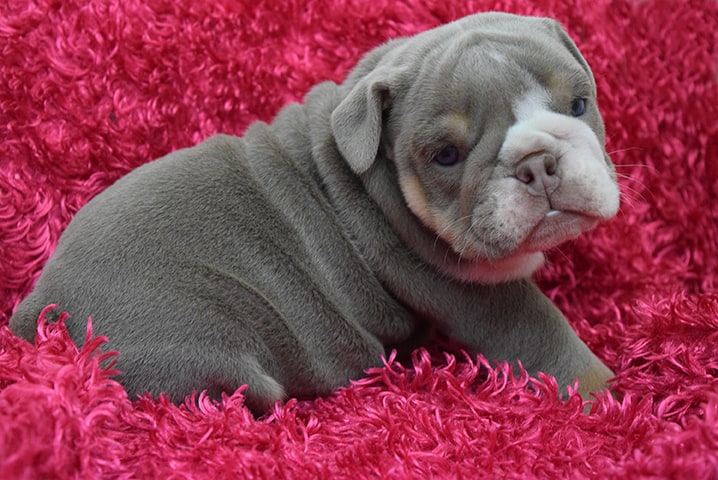 You’ve decided to adopt a dog, so what’s the first thing you do? If you’re like most people, you’ll likely do a google search to see which breed you should get. You come across the English bulldog, but there are a lot of things that make you question getting one—health issues, personality issues, what-have-you.  However, these are mostly misconceptions, and as you’re deciding on a breed, you should know what’s fact and what’s fiction. Here we dispel some of the common myths you might come across when researching English bulldogs.

Nope! An English bulldog (like most dogs) will only stink if they’re unhealthy or their fur is unkept. As long as you regularly wash your English bulldog and keep them in good health, you shouldn’t have to worry about any annoying smells. If your English bulldog does start to smell, and a wash doesn’t fix the problem, take them to the vet to see if they have a yeast infection, a result of dirt or debris getting stuck in their facial folds, tail pocket, or ears.

They chew everything in your home

This is mostly fiction, but we’d be lying if we said there wasn’t a little bit of fact to it as well. English bulldogs have strong jaws, so they chew more often than other breeds. However, the majority of chewing problems occur when they’re puppies and new teeth are beginning to grow. Once they age, the chewing should subside, but make sure they always have a chew toy or bone to gnaw on just in case.

English bulldogs are stubborn, but that doesn’t mean they’re impossible to train. As long as you’re consistent, you can train your English bulldog just as you would any other dog. And if you’re in need of some help, read over our tips for training an English bulldog.

English bulldogs are a very relaxed breed that aren’t able to exercise as vigorously as other breeds, but that doesn’t mean they can go completely without it. Take them for short walks or play games of tug-of-war to keep them healthy.

Now that you know more about the English bulldog breed, it’s time to consider adopting one of your own. Here at Bulldog Angels, we have plenty of English bulldog puppies just waiting for a home of their own! Check out our available puppies or call us at 785-336-2563 for more information.