A Brief History of the English Bulldog 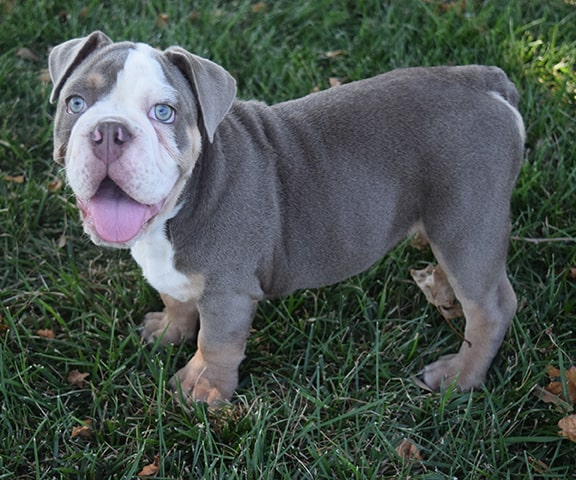 When you glance over at your English Bulldog curled up on your couch, it’s hard to imagine them doing anything else. However, the ancestors of our beloved English bulldogs actually had a much different life. It was one that involved fighting with Roman soldiers, going to head to head with bulls, and facing the threat of extinction.

While the English Bulldog as we know it didn’t come about until the 19th century, their ancestry goes far back, all the way to Roman times. From roughly the 1st century BCE to the 5th century CE, there existed a breed of “broad-mouth” dogs who fought alongside Roman soldiers. Called Alaunts, this breed was eventually introduced to Britain when the Romans invaded in 43 CE.

By the 1600s, Alaunt dogs were being bred specifically for bull-baiting, a barbaric sport popular in England at the time. This “sport” trained dogs to latch onto a bull’s nose and not let go until the dog pulled the bull to the ground, or the bull had killed the dog. It was at this time that people started fittingly referring to these dogs as “bulldogs.”

Thankfully, bull-baiting was eventually outlawed in 1835, but the downfall of bull-baiting also spelled the downfall of bulldogs. The breed was reaching extinction in England, but some were brought to the United States and Germany. In the United States they worked as herders, eventually becoming the American Bulldog breed; in Germany, they were crossbred and became the Boxer breed.

Back in England, the bulldog was nearly extinct, and it would have gone that way had it not been for a few, ardent supporters who sought to rescue the dying breed. These bulldogs, however, were not bred for aggression like their bull-baiting ancestors, but were instead bred to be lovable companions. They were affectionate and amiable despite their “sourmug” expression, becoming the English bulldogs we know and love today.

Needless to say, the English bulldog has come a long way from their Ancient Roman roots. While they may not be able to take on armies or bulls anymore, English bulldogs are nevertheless loyal and trustworthy companions that make excellent additions to anyone’s family. So, if you’re thinking about adopting an English bulldog into your family, be sure to contact Bulldog Angels today!