The Difference Between American, French, and English Bulldogs 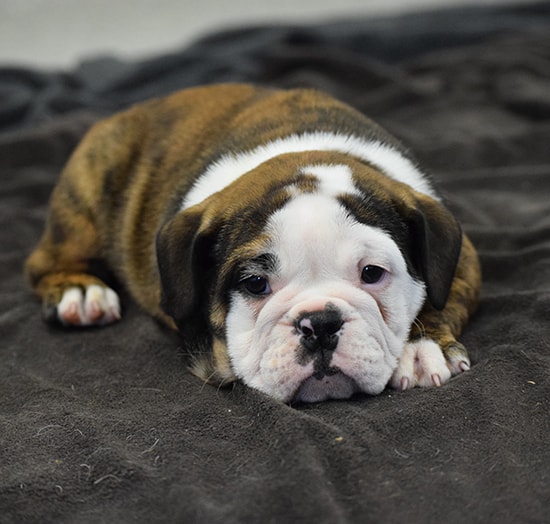 There are three main breeds of bulldogs: American, French, and English. While each breed is related to each other in some way or form, they are also very different and distinct groups of dogs. Here we discuss the main differences between each of the three bulldog breeds.

As the biggest and most athletic of the bunch, the American bulldog stands apart from its European siblings. They have longer legs as compared to other bulldogs, making them more agile, and they lack the typical flat face of other bulldog breeds. This is a dog that prefers to run around in the backyard rather than curling up with you on the couch.

The French bulldog appears to be a mix of an English bulldog and a Boston Terrier. They have plump, muscular bodies, and pointy, bat-like ears. Unlike their American brothers, they are stocky and short-legged, making them more lapdogs than athletes.

When most people hear “bulldog,” they think of the English bulldog. This breed features a large, stocky body and an adorably wrinkled face. Their muscular appearance combined with their grumpy expression makes them seem intimidating, but in reality, they’re a lovable and gentle dog. They are a calming presence and will love spending time with you curled up on the couch.

If you’re looking to adopt an English bulldog, then don’t hesitate to see some of the adorable English bulldog puppies we have here at Bulldog Angels. Contact us today to learn more!